I was born in a small town in the Missouri Ozarks, and I lived there until college. While growing up, I studied Latin and French, swam on a synchronized swimming team, and spent the rest of the time reading. I wore the covers off my Trixie Belden books, then graduated to Agatha Christie, Dorothy Gilman, and Elizabeth Peters. 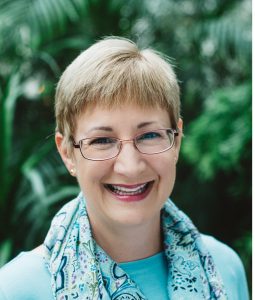 Not realizing that real people were allowed to write fiction, I went into journalism, first in high school and then at my hometown newspaper. After earning my bachelor’s and master’s from the University of Missouri School of Journalism, I worked as a newspaper copy editor. Later, I transitioned into corporate communications, focusing on publications. I edited everything from an article on gastrointestinal scopes to a report on the use of depleted uranium in armor-piercing weapons, all of it (honestly) fascinating. Deep inside, I think I may be part science nerd.

In January 2009, after several years as an at-home mom, I made a New Year’s resolution to write a novel. Later that year, I was a finalist in the first writing contest I entered, but I still had a lot to learn. For the next six years, I studied the craft of writing. My first release, a sweet romance novella, was published in 2015.

I learned so much writing romance, but eventually realized that writing mysteries is a better fit for my brain. I love puzzles—like crosswords, Wordle, and cozy mysteries!

In 2021, my husband and I moved back to our hometown in the beautiful Missouri Ozarks.  We have grown two children, a son and a daughter. When not at the keyboard, I enjoy Italian and Mexican food, swimming, everything about summer (except the bugs), shoe shopping, and—of course—reading.